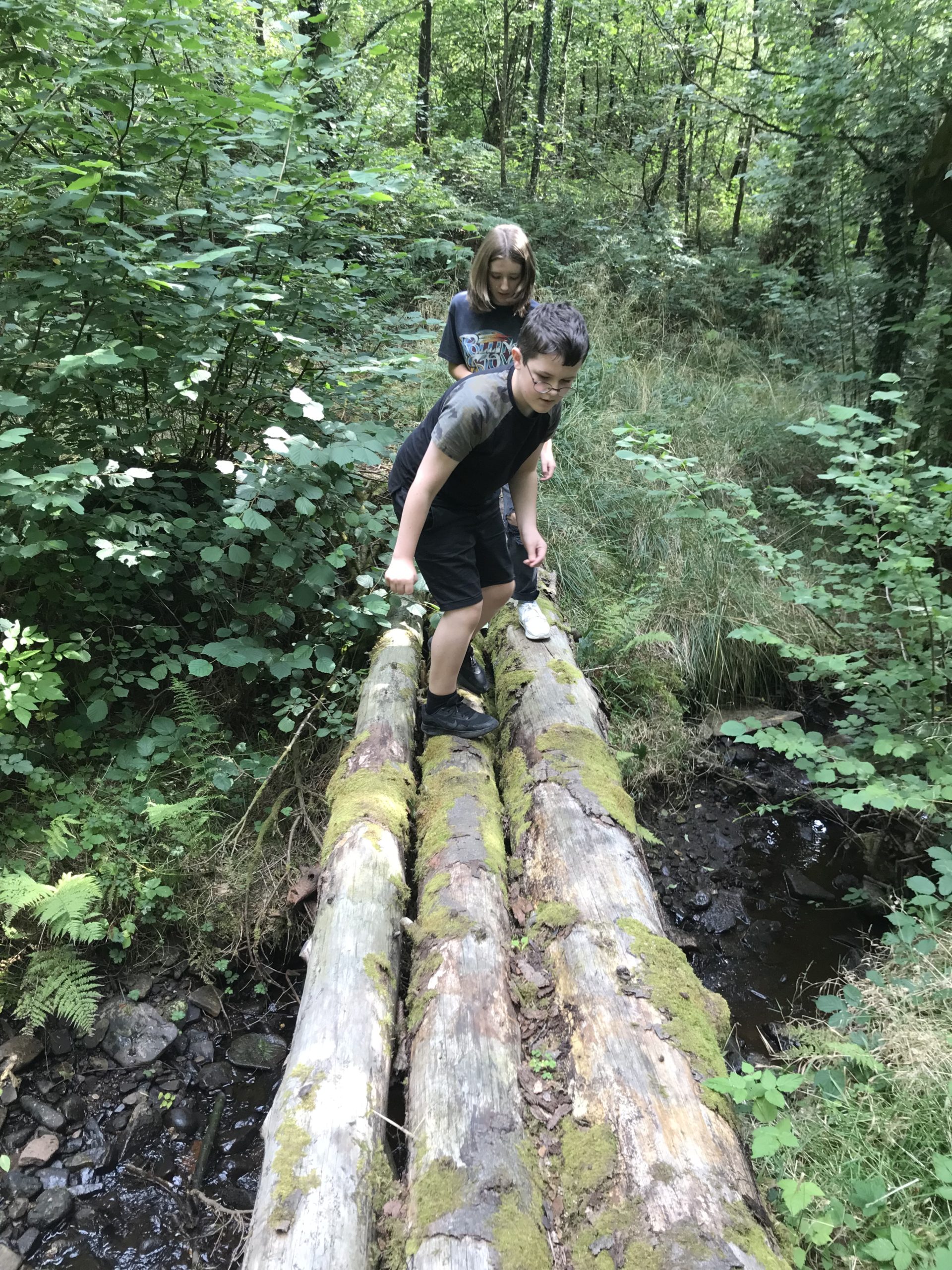 With our two day expedition not far away we spent the day brushing up on our knowledge and skills.

So we had 11 young explorers whose plane had made an emergency landing in the middle of nowhere. Armed only with a map, each other and a set of clues they began their journey. Before being given each scenario the group had to answer a quiz with questions designed to refresh their knowledge of the subjects we’ve already covered. There were First Aid questions, plant identification, how tides work and so on.

Then we could hear a plane overhead so it was a dash to attract its attention by using the ‘Y’ signal and then by spelling the word HELP with our bodies on the ground. Then we had to escape a tribe who were hunting us by camouflaging ourselves. A storm arrived forcing us to build a make shift, weatherproof den. All sorts befell us like assisting group members who injured themselves using only ropes and paddles.

Of course the group managed to correctly identify the location of the treasure and sent me across the water to the island to retrieve it. But then, as I returned I became tired and the group had to devise a way to safely rescue me and my kayak and the treasure from the water.

It was great fun and everyone had a chance to hone their skills and have a laugh. And there was enough treasure for us all to share…..

So, we hope to get some more climbing and kayaking in before our two day expedition. And we definitely need more edible treasure