Paul* was homeless and desperate until YMCA Port Talbot gave him a place to live and hope for the future.

“I was born in Bridgend and lived there happily for many years, but then I got evicted by my landlord and I was homeless.  I slept on the streets, picking things out of bins and begging for money.  I was constantly in fear of being hurt or having my possessions stolen and unfortunately I developed a drinking habit because of it. It was the only way I could sleep.

But then two very nice PCSOs came and helped me.  They found me a place at YMCA Port Talbot.  When I arrived at the YMCA the staff immediately greeted me in a kind manner and after signing a tenancy agreement they showed me to my room.  After I was settled in they showed me a variety of activities and outings that they offer. They also helped me with my alcohol problem.  I had no end of support available.

I now have a job and I’m trying to become financially stable.  Thanks to YMCA Port Talbot I’m feeling like I’m getting back on my feet and the future is not so black.”

Please support our residents by making a donation to our Open New Doors Appeal: 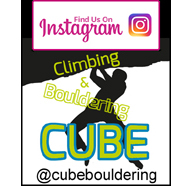