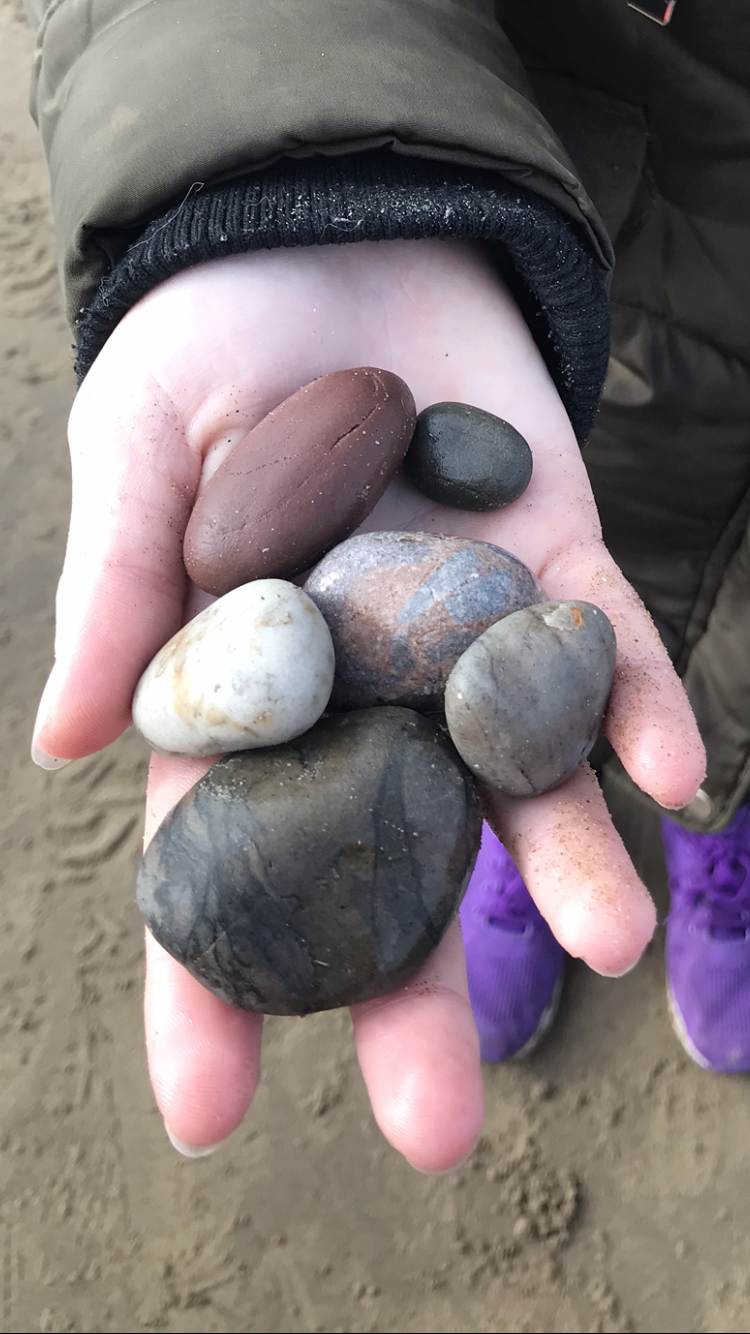 Saturday, after making our breakfast a group of youngsters traveled to our Jurassic Coast at Ogmore. It was dry, slightly overcast with a moderate breeze. The sea was out revealing Tuskar Rock just off shore.

We chatted about how many ships that treacherous piece of rock had scuppered over the years and how the stories grew of locals wrecking ships on purpose, rowing out to them then returning to the coast to hide their bounty. We certainly find a few caves and hiding places in among the rocks.

We also took photos inside the rock pools with a waterproof camera, catching a glimpse of a hidden world. We even found a small squid!

As well as collecting all sorts of stones and magic beads we all ended up getting soaked paddling in the waves.

Over food on the way home we discussed just how tides work, how the sea doesn’t just go in and out but goes up and down drawn by the moon.

We also know there is more than one Tuskar around our coasts. We researched it and believe that Tuskar may come from the old Norse words for Big- Tu and for rock-Skar.

If you know any different get in touch and let us know!

Next week we will be consolidating our experiences and skills and planning our Expedition. We will look at expectations and contingencies.

It’s getting closer! The consensus is…. bring it on!